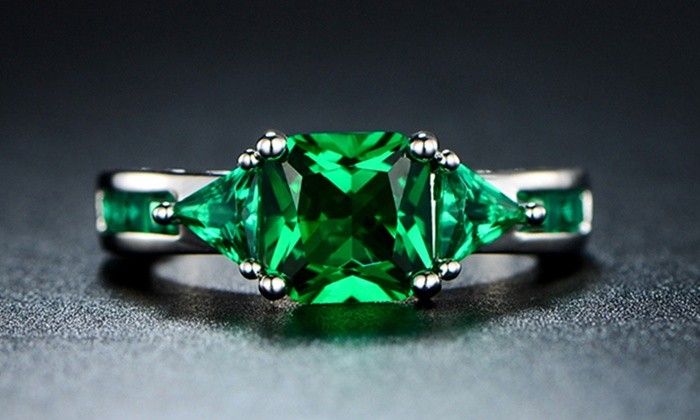 May Birthstone – The Always Enchanting Emerald!

The May birthstone, the emerald, is also known for being the 20th and 35th wedding commemoration stone. Like the garnet, the emerald is a favorite birthstone and gemstone alike because of its beautiful deep green color. Many think wearing emerald brings you knowledge and a heightened sense of self. The emerald is regularly given as a present to commemorate love and everlasting trust.

The history of the emerald as the May birthstone

The ancient Egyptians first mined emeralds in the Middle East. Egyptians engraved emeralds with the images of spring foliage to signify forever youth and bury the stones with the dead. The Romans originally associated emeralds with fruitfulness and rebirth and, ultimately, reincarnation. There were also some very famous admirers of the emerald, like Cleopatra!

Many years later, North Carolina emerged as the new hotbed of emerald mining. Although nowadays, you can find emeralds all over the world in America, Colombia, Brazil, Zimbabwe, Pakistan, Afghanistan, Madagascar, Nigeria, and Russia.

At a one point in our history, emeralds were endorsed for eye diseases because the delightful shade of green was thought to be very calming to the eyes. Actually, early stone cutters kept emeralds at their working tables as a method for offering their eyes a reprieve. Who knew the emerald could be so handy in addition to beautiful?

So many emeralds to choose from!

The emerald has many varieties of shades. The differences in shading and tint from stone to stone comes from tiny amounts of chromium. Usually the price of an emerald doesn’t vary based on shade, so you should always go for the one you like best! Emeralds are compared similarly to diamonds with consideration paid to clarity, cut, and carat weight and additionally shading. Emeralds, despite the fact that that they not as hard as diamonds, are very durable. They can further be structurally enhanced by picking an appropriate and sturdy setting.