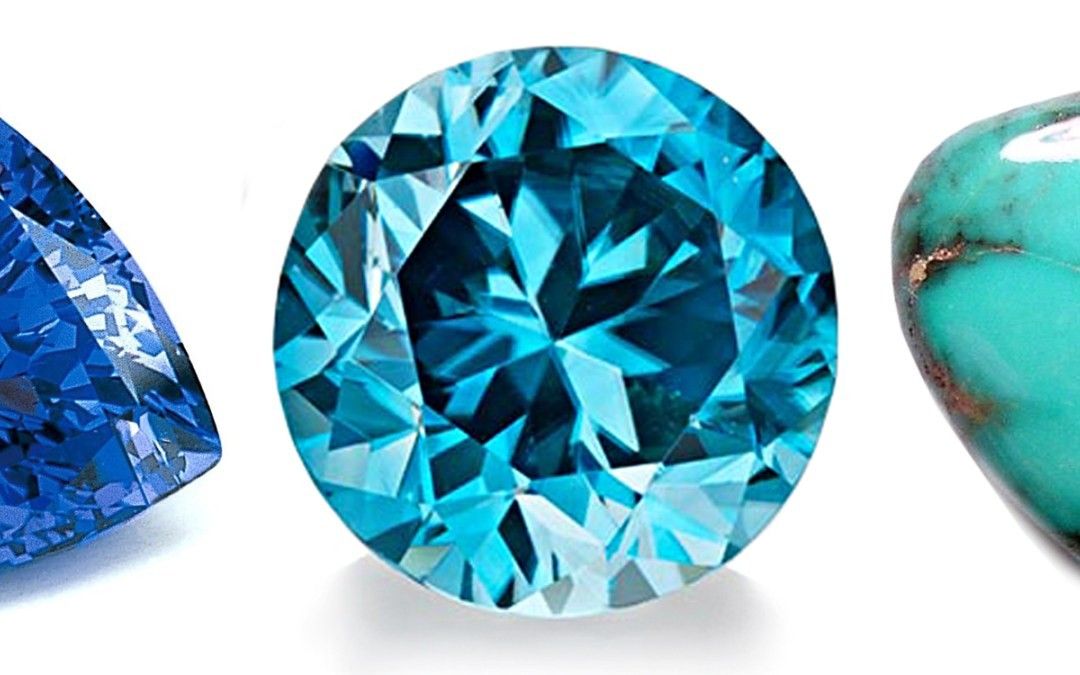 Those who were born in December have the amazing choice of choosing between three different minerals to make their birthstones!  The birthstones for December are Tanzanite, Zircon, and Turquoise. What these stones seem to have in common is the fact that they all share the same colour but in different shades: blue. It is probably three of the most precious stones to sprout from the earth’s core and it is no doubt that babies born in December were meant to adorn them. As the end of the year draws to a close, these stones should grant you serenity for the year to come.

Originating in the 13th century, turquoise is one of the oldest stones in the world and its name is based off of a French expression meaning ‘Turkish stone’. Its primary color is blue, but it ranges in shades and transparency – from translucent to opaque. It is very popular in the southwestern regions of the United States and is usually worn as part of the Native American’s traditional attire. It is said that the turquoise stone contains special healing powers and it promotes wealth and good fortune in the person who wears it.

The name ‘zircon’ was given to the stone following the Arabic words ‘zar’ (gold) and ‘gun’ (color). The most popular color for zircon is blue, but it comes in a rainbow of different colors like yellow, orange, red, and even colorless which was very popular in previous years. Zircon is generally found in areas such as Thailand, Cambodia, and southern Vietnam. It is said that zircon grants its wearers the power to relieve pain, increase appetites, and to protect travelers from injury and disease.

Tanzanite was only discovered in the late 1960s in Tanzania and it remains an exclusive area for this stone to be found. It is said that this stone is mostly found near the foothills of Mount Kilimanjaro. The color of a Tanzanite is usually a deep and rich velvety blue with undertones of violet, but it can also be bought in shades of purple.