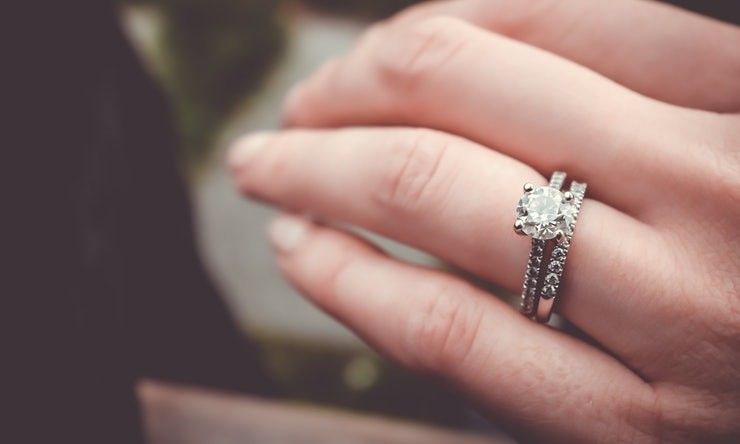 April Birthstone – Let’s Celebrate the Chilly Brilliance of the Diamond!

April birthstone celebrants have a standout amongst all the other birthstones, with the most grand and coveted gems as their birthstone: the incomparable diamond. It is said that the name diamond originated from a Greek word "adamas", which means "hardest metal" and this mineral is one of the hardest materials in the world. The diamond is a standout amongst the most sought after gemstones for jewelry, attributable to its delightful play of hues and surprising brilliancy. It is famous for being sufficiently solid for everyday wear and tear, making it a perfect gemstone for engagement and wedding bands alike.

The history behind the world’s most famous gemstone

The chilly yet shining flame of diamonds has done magic on us for a considerable length of time. There are such a large number of myths spinning around this magical gemstone. It is said that the first diamonds where found by people after a fearsome storm. They believed that they were made by electrical discharges. Presently, we know these shimmering gems were made inside the earth, under extraordinary pressure. Presently, they are the most prevalent image of persevering love and strength.

The diamond is internationally treasured and has been for some time. The April birthstone symbolizes life span and unwavering quality. This is the reason we call the 75th commemoration of anything the "diamond commemoration." Ever heard the expression "a diamond is until the end of time"? It originates from the way that a properly protected diamond never loses its radiance.

Believe it or not, there are many different kinds of diamonds!

Most Diamonds used as gemstones are colorless or very faintly colored. However, colored Diamonds, known as "fancies", can be extremely rare and valuable. In fact, some of the most valuable gemstones ever known have been fancy diamonds. Remember the Hope diamond?

A grading system, instituted by the GIA, was implemented to evaluate Diamonds based on four aspects. These four grading systems are known as "the four C's", in which all Diamonds are evaluated. It includes color, cut, clarity and carat weight.